More or less how I setup an iTunes alternative

In 2020 my resolution was not to use music streaming services and spend money in a way that goes more directly to artists through Bandcamp, Resonate, or iTunes. One problem I ran into tho is that iTunes is pretty buggy these days — asking me to log in over and over and randomly quitting while I’m listing to music.

Since most of my time spent listening to music is at my desk at work I was looking for desktop options primarily. I couldn’t really find many and felt so-so about the options until someone mentioned MPD (Music Player Daemon). Since I didn’t really find it easy to setup at first I wanted to share my experience setting up mpd with ncmpcpp (NCurses Music Player Client (Plus Plus)).

First here’s my best explanations for what these are:

It plays audio files, keeps a database of music, and can be used to make playlists. It can run off a networked server or locally on a laptop. It has no visual interface.

It is a text-based interface for mpd that runs in a terminal.

I used Homebrew to install them although I’m sure there are other ways:

If you want to use last.fm with MPD you will also want to:

MPD needs to know a few things when it starts like where your music files are and where it should save state, playlists, etc.

Which I believe you’ll need to create:

Next I struggled with the audio_output configuration a bit, especially with bluetooth headphones, but the following works great for MacOS:

There’s a bunch more options but these are the most important.

Most of my config is personal preference, but I wanted to talk about a few parts:

Also as above there’s a bunch more config options I don’t talk about.

I really like the ncmpcpp visualizer — it is cute and feels futuristic. To set it up you’ll need to tell mpd to output the visualizer bits and configure some preferences in ncmpcpp.

(I assume fifo refers to “first in first out” but I’ve never specifically looked into it.)

Definitely check out the different types, but ellipse is my fave. 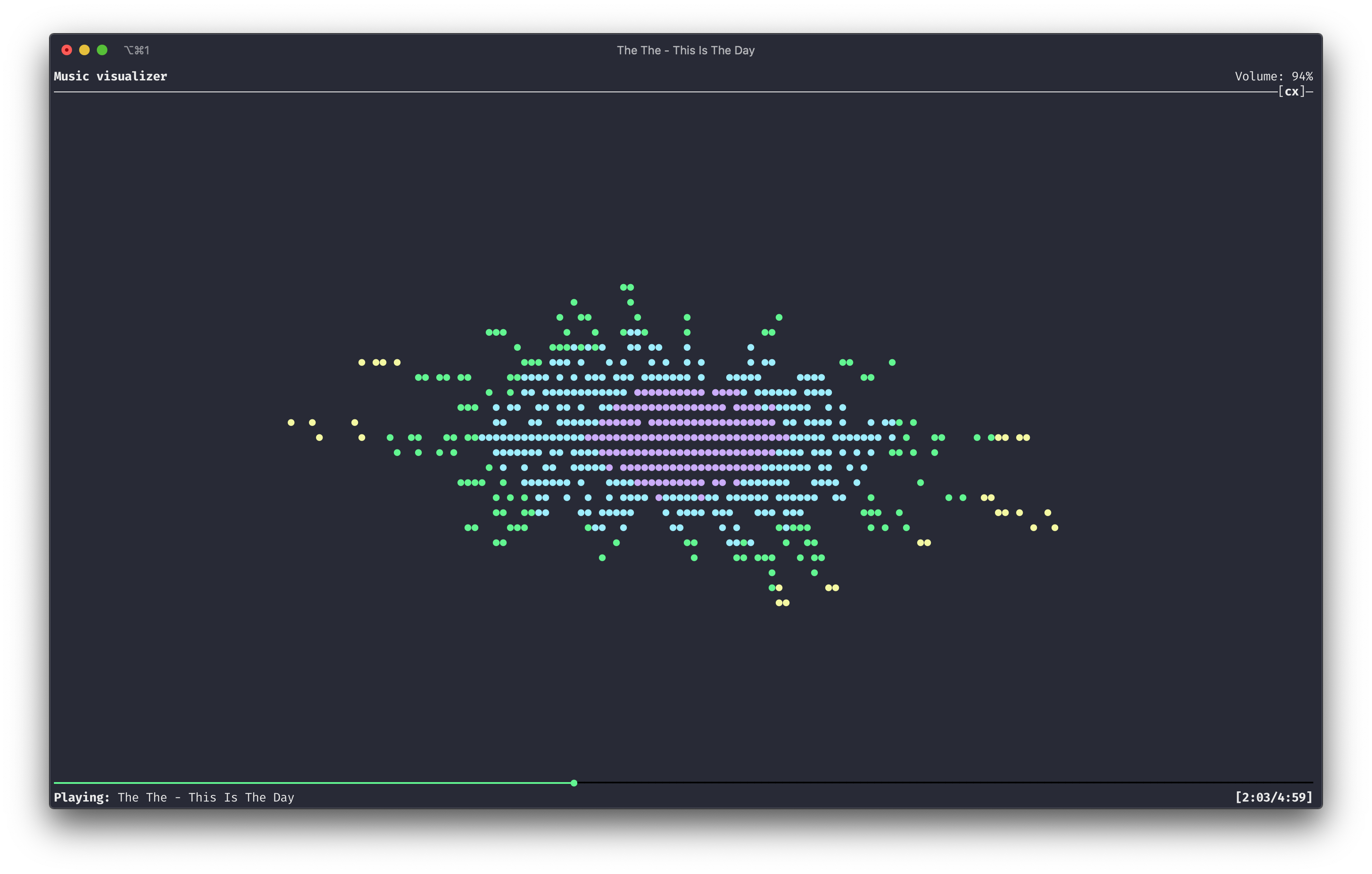 To start mpd it is best to use Homebrew:

Note: You can sudo brew service start mpd if you want to run it at boot, but since I rarely reboot I opted not to since it makes configuration paths more of a pain.

ncmpcpp shortcuts I use most

I also setup vim-like bindings since I expected them to work and they didn’t.

This part was a real pain. Basically to use the play/pause, next, and previous keys you have to do the following.

Install mpc for a simple interface to mpd:

Note: You can either use the fn key or not, but whatever you put in the config will work that way disregarding the setting in System Preferences.

One day I intend to setup beets for organizing files, but today I still use iTunes to import new music and hit u in ncmpcpp to update the mpd database.